Duct vs ductless chimney | which chimney is best duct or ductless

Do you need a Kitchen Chimney?

Yes, it helped me a lot while cooking food. Let me explain-

When I was researching the Kitchen Chimney installation for my home, I learned about different types of Chimney, but the main question I faced was what is the difference between duct and ductless Chimney?

Are you facing the same issue? If yes, then don’t worry. Today in this guide, I will explain to you all about the ductless Chimney vs duct chimney.

What is a Duct Chimney ( Chimney with pipe)?

Duct Chimney includes a pipe that removes all the smoke and hot air from your kitchen, and it does not contain any filter to filter out the smoke in your kitchen.

Generally, Duct Chimney is used for commercial purposes, such as in small-scale factories.

What is a Ductless Chimney (chimney without pipe)?

Ductless Chimney includes an exhaust fan and a filter that filters out all the oil and smoke in your kitchen. It improves the quality of the air inside your kitchen.

You can find a filter present at its hood, which filters out all the air and oil. It does not require any pipes or ducts to install, making it easy to install.

Ductless Chimney also provides a premium look to your kitchen, and it does not lower much of your kitchen’s temperature compared to the Chimney with duct.

Duct vs Ductless Chimney- Side By Side Comparison.

Duct Chimney or Chimney with duct requires a lot of space, including pipe to remove all the smoke and air. With the Duct Chimney, you are restricted to installing a particular place ( near a duct) and taking much space.

On the other hand, Ductless Chimney or Chimney without pipes are compact in design as it operates with the help of exhaust pipe and filters to remove smoke.

Ductless Chimney allows you to install it wherever you want to install it. It also gives an elegant look to your kitchen.

Duct Chimney requires connecting the Chimney to the duct, but if your home does not have any pre-installed duct, it becomes more challenging and time-consuming.

But if you already have an end-to-end duct connection, it is a piece of cake.

Ductless Chimney needs to be hooked to the wall and plugged in the power socket, making it more convenient to install and cost-efficient.

Here the clear winner is the Ductless Chimney (kitchen chimney without duct) in terms of Installation.

Duct Chimney includes the pipe which removes all the hot air, making it heat efficient. It does not contain any motor to operate, so it does not produce much noise.

The Ductless Chimney filters the air and smoke, and the filtered air gets back to the kitchen itself, so it does not lower the kitchen temperature.

The Ductless Chimney does not contain pipe. It operates with the help of filters and exhaust pipe and uses motors to run the Chimney. Because of the motor system, it produces a lot of noise.

Here the clear winner is the Duct chimney in terms of Heat and Noise Production.

With the Duct Chimney, all the oil and dirt are removed from the kitchen to the outside, so it does not need much maintenance.

On the other hand, the Ductless Chimney includes filters and Exhaust fans, which must be cleaned every month, making it tougher to maintain.

In terms of Maintenance, Duct Chimney is the winner.

I hope you now understand the difference between the duct and ductless chimneys. If you are looking for a chimney for your home, I suggest you look for a ductless chimney.

Let me explain why ductless chimneys are better than duct chimneys (chimney with duct) for homes. The simple reason is that they are easy to install and affordable compared to the duct chimney.

If you have any doubts regarding the ductless chimney vs duct chimney, then know me in the comments.

Also, share our in-depth guide on which chimney is the best duct or ductless with your loved ones interested in it. Subscribe to our newsletter for the latest updates regarding kitchen appliances. 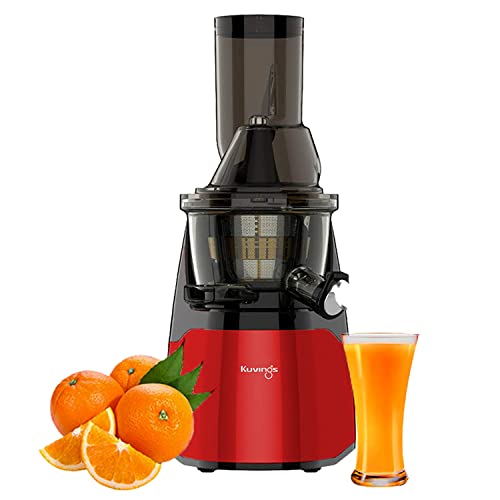 Topjuicer.in is a participant in the Amazon Services LLC Associates Program, an affiliate advertising program designed to provide a means for sites to earn advertising fees by advertising and linking to Amazon.com.

I may earn a small commission for my endorsement, recommendation, testimonial, and/or link to any products or services from this website.